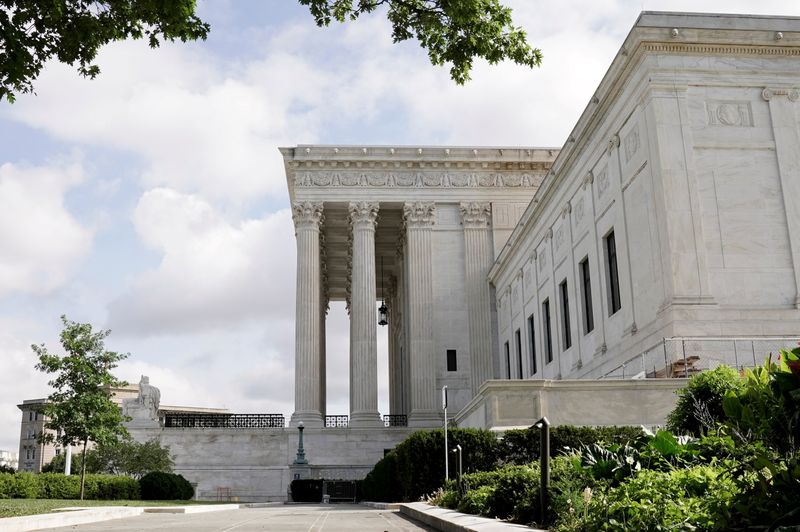 WASHINGTON (Reuters) – The U.S. Supreme Court on Friday narrowed the scope of a class action lawsuit against TransUnion (NYSE:TRU) in which thousands of people sought damages after the credit reporting company flagged their names as matching those on a government list of suspected terrorists and drug traffickers.

TransUnion had appealed a lower court ruling that had upheld a jury verdict against the Chicago-based company in the lawsuit and had ordered it to pay $40 million in damages. The Supreme Court, in a 5-4 ruling, stopped short of tossing out the jury verdict, but found there was insufficient evidence to show that all of the plaintiffs had been harmed by TransUnion’s conduct, meaning the amount of damages will be reduced.

Credit reporting companies provide information on an individual’s borrowing and bill-paying history to lenders and other businesses.

TransUnion argued that the lawsuit, which focused on a federal law called the Fair Credit Reporting Act that requires consumer reporting agencies to provide correct information, should never have been certified as a class action.

The lead plaintiff, a California man named Sergio Ramirez, and other consumers were incorrectly identified by TransUnion as possible security threats.

A key issue in the appeal was whether all of the class members had suffered a “concrete injury” as required when filing such a lawsuit. There were 8,185 class members in the litigation whose names matched names on the government list. At trial it was established only that TransUnion had revealed that information publicly on 1,853 of them.

Ramirez sued in federal court in 2012 after an incident the previous year at a Nissan (OTC:NSANY) automobile dealership. When the dealership performed a credit check using TransUnion, the report noted that Ramirez’s name appeared to partially match two names included on a federal government list of people barred from conducting business in the United States because of national security concerns. Neither person was Ramirez.

Although his wife was able to purchase a vehicle, Ramirez said he was embarrassed and shocked and ended up canceling an overseas vacation over concern about the list. After requesting a copy of his credit file, TransUnion sent him a separate mailing stating that his name was matched with two on the list.

The lawsuit noted that the mailing that mentioned the match incorrectly stated that such notification was not part of the actual credit report that creditors or employers would see when, in fact, it was part of it. TransUnion argued that merely being sent the mailings was not a concrete injury.U.S. Supreme Court limits damages in TransUnion ‘terrorist list’ lawsuitAdd a Comment