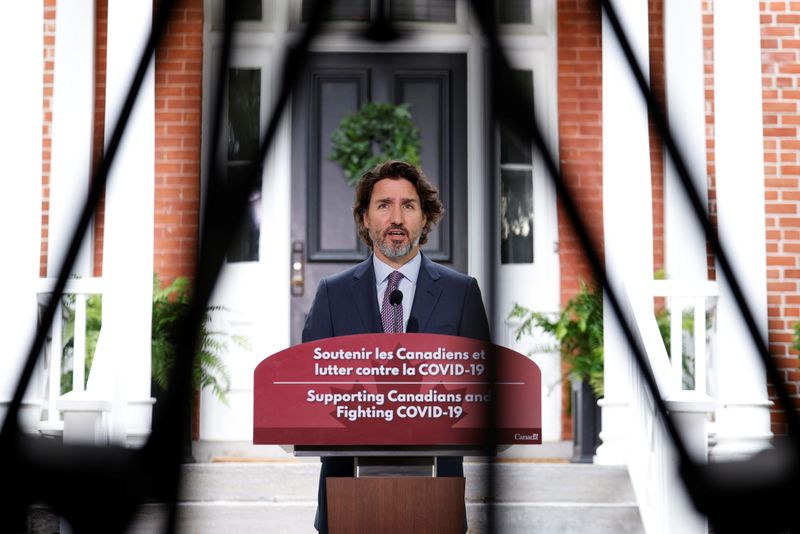 © Reuters. FILE PHOTO: Canada’s Prime Minister Justin Trudeau attends a news conference at Rideau Cottage during which, amongst other topics, he spoke about unmarked graves found recently, as efforts continue to help slow the spread of the coronavirus disease (COVID

OTTAWA (Reuters) – Prime Minister Justin Trudeau said on Friday he has asked the pope to come to Canada to apologize for the Catholic Church’s role running residential schools for indigenous children, after nearly 1,000 bodies were found in two mass graves.

“I know that the Catholic church leadership is looking and very actively engaged in what next steps can be taken.”

Cowessess First Nation said on Thursday some 751 unmarked graves had been found at the site of Marieval Residential School in Saskatchewan, just weeks after 215 unmarked graves were discovered at a former school in British Columbia.

The residential school system, which operated between 1831 and 1996, removed about 150,000 indigenous children from their families and brought them to Christian residential schools, mostly Catholic, run on behalf of the federal government.

“I have heard directly from many Catholics across this country who want to see the church play a positive role in this,” Trudeau added.

Earlier this month, Pope Francis stopped short of a direct apology but said he was pained by the discovery of the remains of 215 children and called for respect for the rights and cultures of native peoples.Trudeau says Pope should apologize on Canadian soil for church’s role in residential schools2Comments (2)