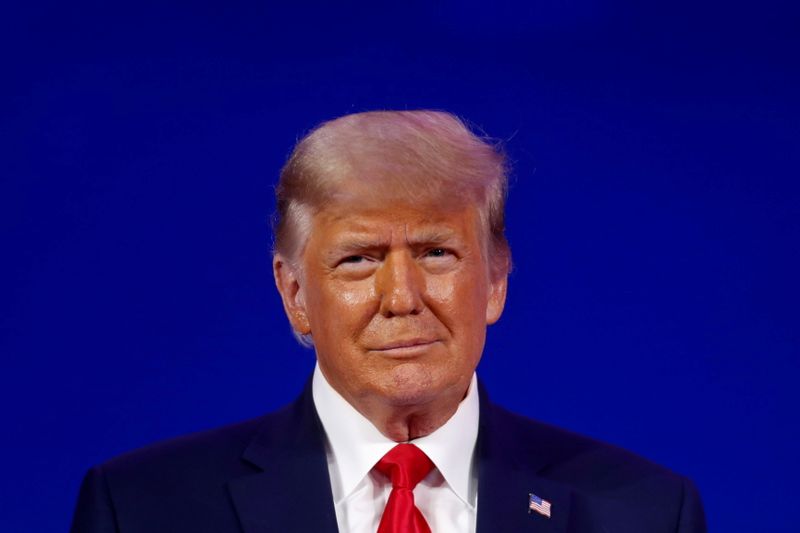 (Reuters) – Former U.S. President Donald Trump joined video platform Rumble on Saturday, the same day he will take the stage at a campaign-style rally in Ohio, his first such event since the Jan. 6 attack on the U.S. Capitol.

Trump lost his social media megaphone earlier this year when he was blocked by a slew of platforms after his supporters stormed the Capitol. He was permanently banned from Twitter and remains suspended by Facebook (NASDAQ:FB) until at least 2023 and by Alphabet (NASDAQ:GOOGL)’s YouTube until the company determines the risk of violence has decreased.

Trump spokeswoman Liz Harrington told Reuters that joining Rumble was in addition to the former president’s plan to start his own platform, rather than a replacement for this plan. Trump, who earlier this month shut down his recently-launched blog, has not given details on the proposed platform.

“It is a great way to reach the American people in a time of unprecedented assault on free speech in our country by Big Tech tyrants,” Harrington said in an email to Reuters.

Rumble Chief Executive Officer Chris Pavlovski confirmed Trump’s verified account had been set up on the site but declined to comment further. Trump advisor Dan Scavino tweeted that Trump’s Ohio rally would be live-streamed on the platform.

Rumble, which was launched in 2013 by Canadian tech entrepreneur Pavlovski as an alternative YouTube-style site, has become popular with U.S. conservatives.

Billionaire venture capitalist Peter Thiel and J.D. Vance, the author of “Hillbilly Elegy,” are investors in the platform.Trump joins video platform Rumble ahead of Ohio rally10Comments (10)