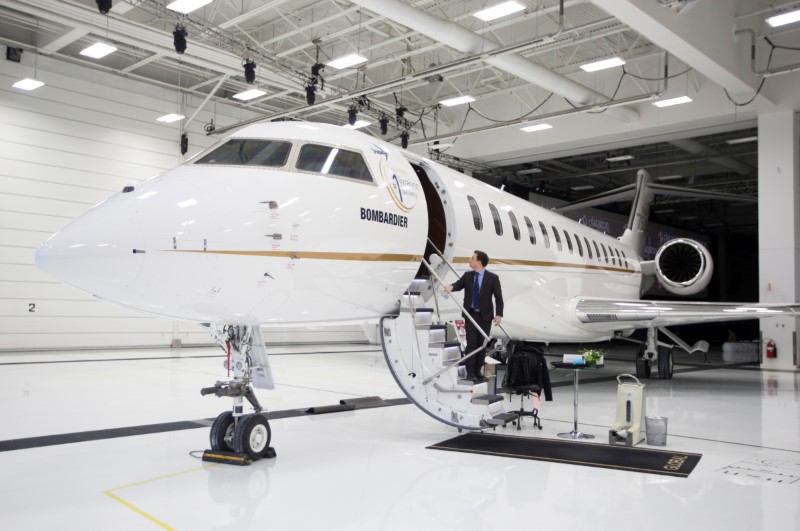 The squeeze has emerged as a warning signal for aviation’s recovery internationally and accelerates a shift in the workforce toward fast-growth sectors like electric vehicles, they said.

As suppliers in the aerospace-making hub of Quebec return to hiring mode, several interviewed by Reuters said they feared the exodus of talent could get more acute with an aging workforce and some training programs facing lower enrollment.

“Some companies are growing faster, others slower. But everyone is looking for workers,” said Suzanne Benoit, president of Quebec aerospace trade group Aéro Montreal.

Canada’s flagship business-jet maker Bombardier (OTC:BDRBF) is experiencing a “competitive job market” as it goes back to recruiting, a spokeswoman said.

Aerospace joins a list of sectors facing challenges to adjust to the sudden revving up of the North American economy.

In the United States, statistics showing lower employment in manufacturing have raised concerns about supply constraints.

And in Canada, where lockdowns stayed in place longer, economists are predicting a rush of hiring in June.

Demand could push wages up for workers in popular categories like machinists, although some suppliers are also recruiting skilled immigrants from Mexico, Tunisia and Morocco.

Montreal, the world’s third-largest aerospace center, fears a delay in its economic recovery if jobs can’t be filled.

“The risk … is that we won’t have enough workers to carry out contracts so we will have to refuse contracts,” Benoit said.

Nancy Venneman, president of engineering firm Altitude Aerospace Canada, said pressure could pile up further in the fall when customer projects like product upgrades and aircraft modifications delayed by the pandemic return.

Aerospace was one of the world industries worst-hit by the pandemic as traffic plummeted in 2020, grounding fleets. But it has set ambitious plans to restore output in coming years.

Some suppliers for Europe’s Airbus have warned they may struggle to meet production goals.

Boeing (NYSE:BA) has warned of supply constraints after a “more robust” recovery than expected.

And this week, American Airlines (NASDAQ:AAL) canceled 1% of its July flights amid a labor shortage at some hubs.

Mario Sévigny, co-founder of MSB Group, which produces components for private jetmakers like Bombardier and General Dynamics Corp (NYSE:GD)’s Gulfstream, said it would take six to nine months to meet a potential production increase due to scarce labor.

While a Canadian program protected some jobs by defraying part of workers’ salaries, it didn’t cover the entire amount which led to layoffs. Some local employers like a unit of Airbus criticized the level of support from Ottawa.

The Aerospace Industries Association of Canada (AIAC), which accounts for over 95% of aerospace activity in Canada, said more than half its members had to lay off employees.

Aerospace is, meanwhile, competing for young workers with fast-rising industries like electric transport.

The average age of an aerospace manufacturing worker in Canada is 54, according to AIAC.

Some went to transport companies that make electric buses, like fast-growing Lion Electric Co and Nova Bus, a division of Sweden’s Volvo Group.

Hugue Meloche, chief executive of components maker Meloche Group which supplies the locally-produced Airbus A220 jet, needs to hire about 70 people a year over five years.

“We are losing a lot of workers who are going to other sectors that weren’t affected by the pandemic,” he said.Analysis: Canadian aero suppliers face labor crunch as travel rebounds