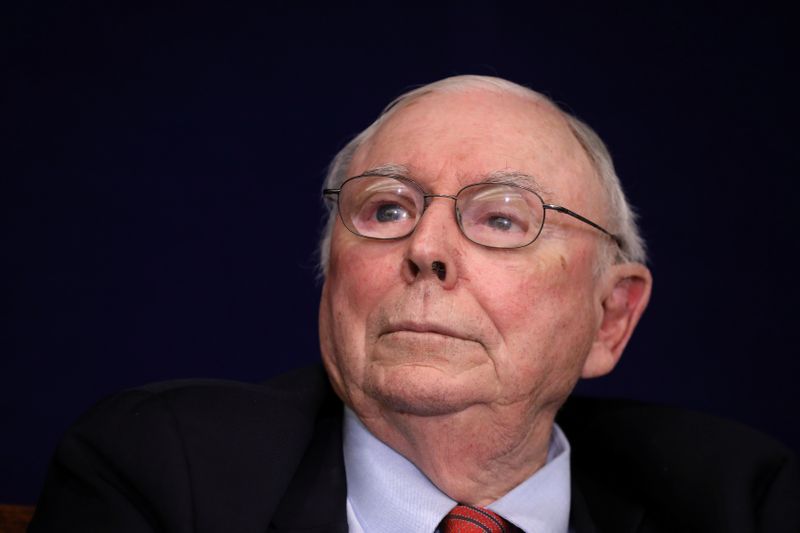 The 97-year-old told CNBC in an interview alongside Berkshire CEO and billionaire investor Warren Buffett that the United States should take a leaf out of China’s book and “step in preemptively to stop speculation”.

“I don’t want the, all of the Chinese system, but I certainly would like to have the financial part of it in my own country,” he said in the interview aired on Tuesday in the United States.

Communist Party-ruled China “did the right thing” by reining in Ma, the founder of e-commerce giant Alibaba (NYSE:BABA) Group Holding, who has hardly been seen in public since he criticised regulators in a speech in October last year.

Chinese regulators pulled the plug on Alibaba affiliate Ant’s IPO and forced it to turn itself into a financial holding firm, a move expected to curb some of its freewheeling businesses.

Alibaba was also hit with a record $2.75 billion antitrust penalty as China tightens controls on the booming “platform economy”.

“Communists did the right thing. They just called in Jack Ma and say, “You aren’t gonna do it, sonny,” Munger said.

He also praised China’s response to the novel coronavirus. China imposed strictly enforced lockdowns and widespread curbs on movement, measures that would be less acceptable to Americans.

“They simply shut down the country for six weeks. And that turned out to be exactly the right thing to do,” Munger said.

Buffett said the pandemic had hurt smaller companies the most.

“I don’t know how many but many hundreds of thousands or millions of small businesses have been hurt in a terrible way, but most of the big, big companies have overwhelmingly done fine, unless they happen to be in cruise lines or, you know, or hotels or something,” he said.Berkshire’s Munger says China right to clip Ma’s wings7Comments (7)