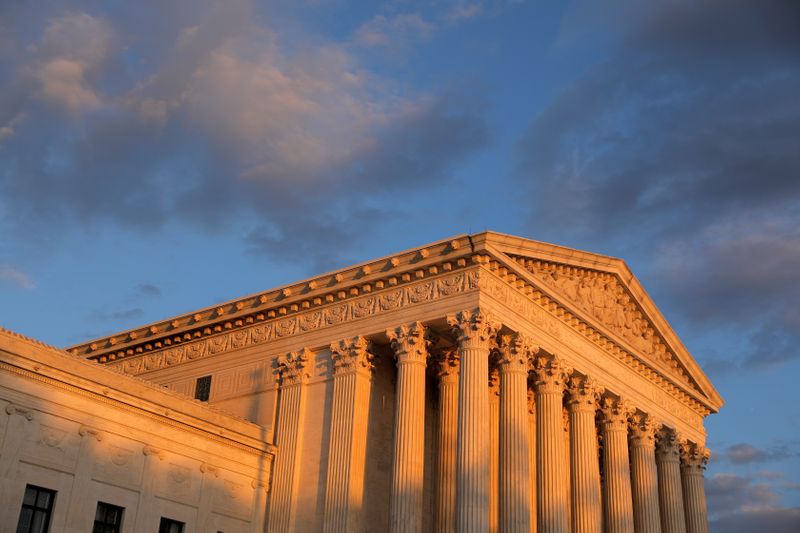 WASHINGTON (Reuters) – The U.S. Supreme Court on Friday declined to hear an appeal by a florist fined by Washington state for refusing to make a flower arrangement for a same-sex wedding due to her Christian beliefs, sidestepping another major case pitting gay rights against religious liberty.

After ruling in 2018 in favor of a Colorado baker who refused to make a wedding cake for two men for religious reasons, the justices turned away an appeal by Barronelle Stutzman, owner of Arlene’s Flowers in the city of Richland, after a lower court upheld Washington’s action. Stutzman refused service to gay couple Robert Ingersoll and Curt Freed in 2013.

Three of the court’s six conservative justices – Clarence Thomas, Samuel Alito and Neil Gorsuch – said they would have heard the case.

The appeal had been on hold while the Supreme Court considered a separate religious rights case involving a Catholic Church-affiliated agency that sued after the city of Philadelphia refused to place children for foster care with the organization because it barred same-sex couples from applying to be foster parents. The court ruled unanimously on June 17 in favor of Catholic Social Services but left certain legal questions unresolved.

The case raised two separate legal questions under the U.S. Constitution’s First Amendment. Stutzman’s lawyers at the conservative Christian legal group Alliance Defending Freedom had argued that the state violated not only her right to religious expression but her free speech rights, too. The latter argument was based on the legal theory that arranging flowers is a form of creative expression protected in the same way as free speech.

The florist case was similar to the one that prompted the Supreme Court’s 2018 ruling on narrow legal grounds siding with a Denver-area baker named Jack Phillips. The court said in that case that the state civil rights commission that imposed sanctions on Phillips was motivated by anti-religious bias.

But the Supreme Court in that case did not resolve a broader question: under what circumstances can religious beliefs be cited to win exemption from penalties under anti-discrimination laws. The justices opted not to use the florist case as another opportunity to do so.

Stutzman, a member of the Southern Baptist denomination, has said marriage should be exclusively between a man and a woman, based on her Christian beliefs.

In court papers, Stutzman’s lawyers said she and Ingersoll were friends before the incident and that she had frequently provided him with flowers for various purposes. Her lawyers also said she would sell pre-made arrangements for use in same-sex weddings, but not custom arrangements.

When she refused to prepare custom arrangements for Ingersoll’s wedding, she referred him to three other florists, according to court filings.

The couple, represented by the American Civil Liberties Union, have said they were shocked and hurt by Stutzman’s refusal, stopped planning for a big wedding and held a small wedding at their home.

The state sued Stutzman only after she refused to comply with its anti-discrimination law, Ferguson added.

Similar legal fights have been waged in other states after other small business owners including a wedding photographer and a calligrapher refused to serve same-sex couples.

The Supreme Court in recent years has been at the center of collisions between LGBT and religious rights. It backed gay rights in a series of landmark rulings culminating in the 2015 decision legalizing same-sex marriage nationwide. In 2020, the court expanded protections for LGBT workers under federal law.

The Philadelphia foster care ruling and the 2018 baker case were losses for LGBT activists.U.S. Supreme Court rebuffs appeal by florist who spurned gay coupleAdd a Comment