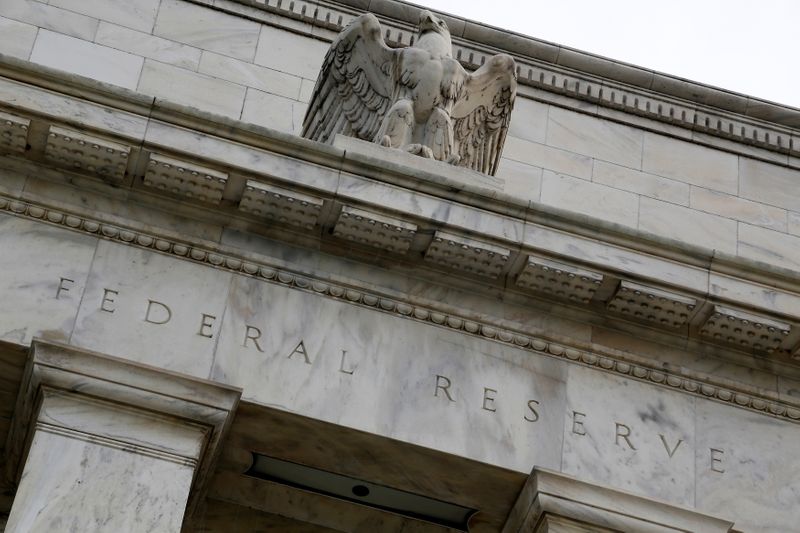 NEW YORK (Reuters) -The U.S. debt ceiling comes back into effect at the end of July, putting pressure on the Treasury to reduce its cash balance ahead of the deadline. That means more injections of cash into a financial system already swimming with liquidity, potentially sinking short-term rates and causing undue distortion in money markets.

On Wednesday, nearly a trillion dollars in cash, a record high, gushed into the Federal Reserve’s reverse repo (RRP) facility.

On Thursday and Friday, reverse repo volumes came off their highs to $742.6 billion and $731.5 billion, respectively.

The record volume came after the Fed last month made a technical adjustment to the interest rates it manages, raising the rate paid banks on excess reserves (IOER) held at the Fed to 0.15% from 0.10% and lifting the rate paid on reverse repos to 0.05% from zero.

WHAT IS THE FED’S REVERSE REPO WINDOW?

The Fed launched its reverse repo program (RRP) in 2013 to mop up extra cash in the repo market and create a strict floor under its policy rate, or the effective fed funds rate, currently in a target range of 0%-0.25%. Eligible counterparties lend cash to the Fed in return for Treasury collateral on an overnight basis.

WHAT IS THE CONNECTION BETWEEN THE SURGE IN CASH AND THE DEBT CEILING?

The market is confronted with a surfeit of cash in the banking system due to Fed asset purchases as part of quantitative easing and as a result of the U.S. Treasury’s financial support to the economy in response to the pandemic.

The U.S. Treasury needs to run down its cash balance in the Treasury General Account (TGA) deposited at the Fed to a $450 billion target before a two-year debt ceiling suspension expires on July 31. As of June 29, the Treasury has a cash balance of $711 billion, Wrightson ICAP (LON:NXGN) data showed.

A TGA reduction increases reserves in the banking system, which have now flowed into the RRP market.

The rate increase in the RRP could reduce money market funds’ demand for U.S. Treasury bills because the latter’s rates are pinned at lows. For instance, rates on U.S. 3-month T-bills are currently hovering below 0.05%.

Zoltan Pozsar, global head of short-term interest rate strategy at Credit Suisse (SIX:CSGN), said the rotation from bills to RRPs won’t happen quickly as bills are currently underwater, which means they can only be sold at a loss.

“But happen it will,” he said.

Investors are also monitoring whether the amount of reserves and deposits that banks may lose to the RRP facility could be large enough to disrupt interest rate market dynamics.

If banks are concerned they might see excessive outflows because money market funds can earn 0.05% at the RRP facility, they can match that rate to retain their deposits, he said.How excess cash is playing out in U.S. reverse repo and money marketsAdd a Comment