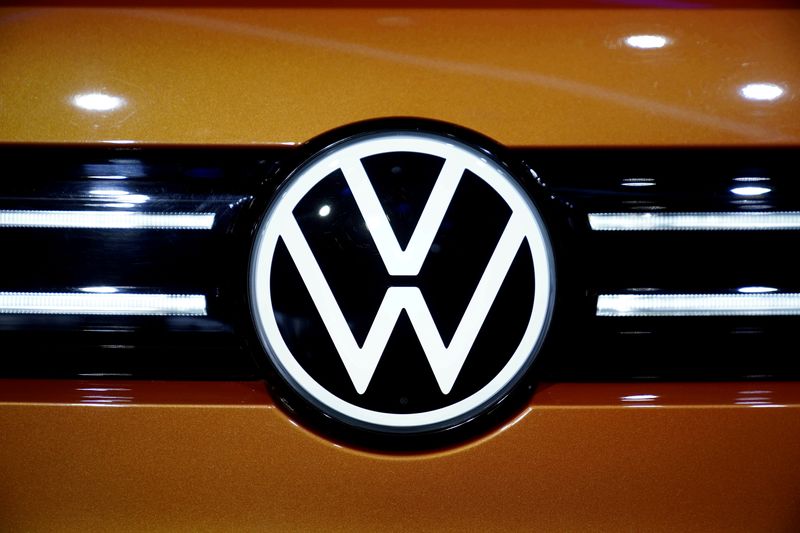 © Reuters. FILE PHOTO: A Volkswagen logo is seen as it launches its ID.6 and ID.6 CROZZ SUV at a world premiere ahead of the Shanghai Auto Show, in Shanghai, China April 18, 2021. REUTERS/Aly Song

BERLIN (Reuters) – Volkswagen (DE:VOWG_p) said on Thursday it was considering whether to take legal action against an EU antitrust fine, saying the penalty over technical talks about emissions technology with other carmakers set a questionable precedent.

“The Commission is entering new judicial territory, because it is treating technical cooperation for the first time as an antitrust violation,” the German carmaker said after it was fined 502 million euros ($593 million).

“Furthermore it is imposing fines, although the content of the talks was never implemented and no customers suffered any harm as a result,” Volkswagen added in a statement.

Volkswagen called for clearer guidelines: “The high fines imposed in this case underscore the need for more comprehensive guidance from the Commission to ensure that legal uncertainty does not hamper innovation in Europe,” it said.