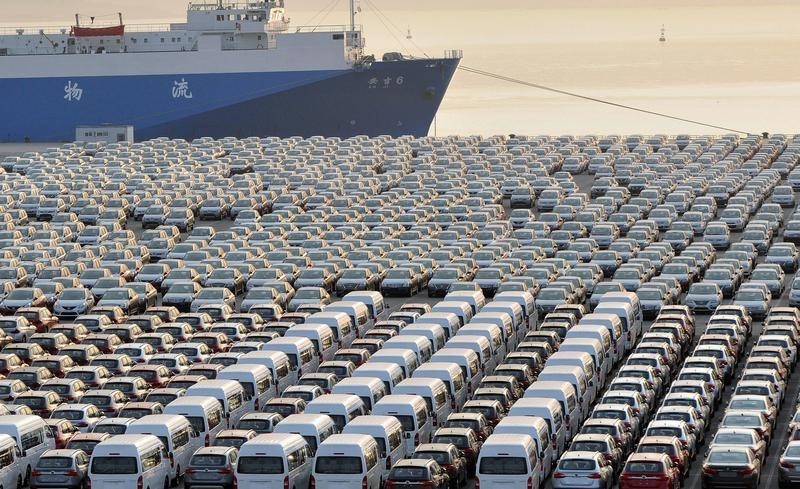 China’s producer price index (PPI) rose 8.8% year-on-year in June, according to the National Bureau of Statistics (NBS). Forecasts prepared by Investing.com expected an 8.8% growth in June, while a 9% increase was recorded in May.

The consumer price index (CPI) rose 1.1% year-on-year and decreased 0.4% month-on-month in June, compared with a 1.3% rise and 0.1% decrease during the previous year and month respectively.

The world’s second-biggest economy continued its economic recovery from COVID-19 but this was clouded by persistently high inflationary pressures in the industrial sector. Chinese regulators are increasingly worried that small firms will not be able to pass on the higher costs to consumers.

However, price increase slowed in the oil and natural gas extraction, as well as the ferrous and non-ferrous metal smelting and processing sectors, said Dong Lijuan, a senior statistician at the NBS in a statement accompanying the data release.

“The domestic policy of ensuring supply and stabilizing prices in the commodity sector is showing initial effect, driving an improvement in the market supply and demand, and a slowdown in price gains of industrial products,” Dong added.

Commodity prices of coal, steel, iron ore and copper have surged in recent months as many countries eased COVID-19 curbs. To help address the issue, China’s State Council hinted on Wednesday that the People’s Bank of China could cut its reserve requirement ratio for banks to give the economy a boost. It would be the first such move since April 2020, when China’s economy was badly hurt by COVID-19.

Previously, China, the world’s biggest consumer of both coal and iron ore, sold supplies from state reserves which triggered a drop in steel and copper prices.

“China’s inflation pressures are mainly on the PPI side, which is actually peaking out and will come down in the second half modestly,” JPMorgan Chase & Co. (NYSE:JPM) chief China economist Zhu Haibin told Bloomberg.China’s Factory Gate Prices Slow Down in June, Consumer Inflation EasesAdd a Comment